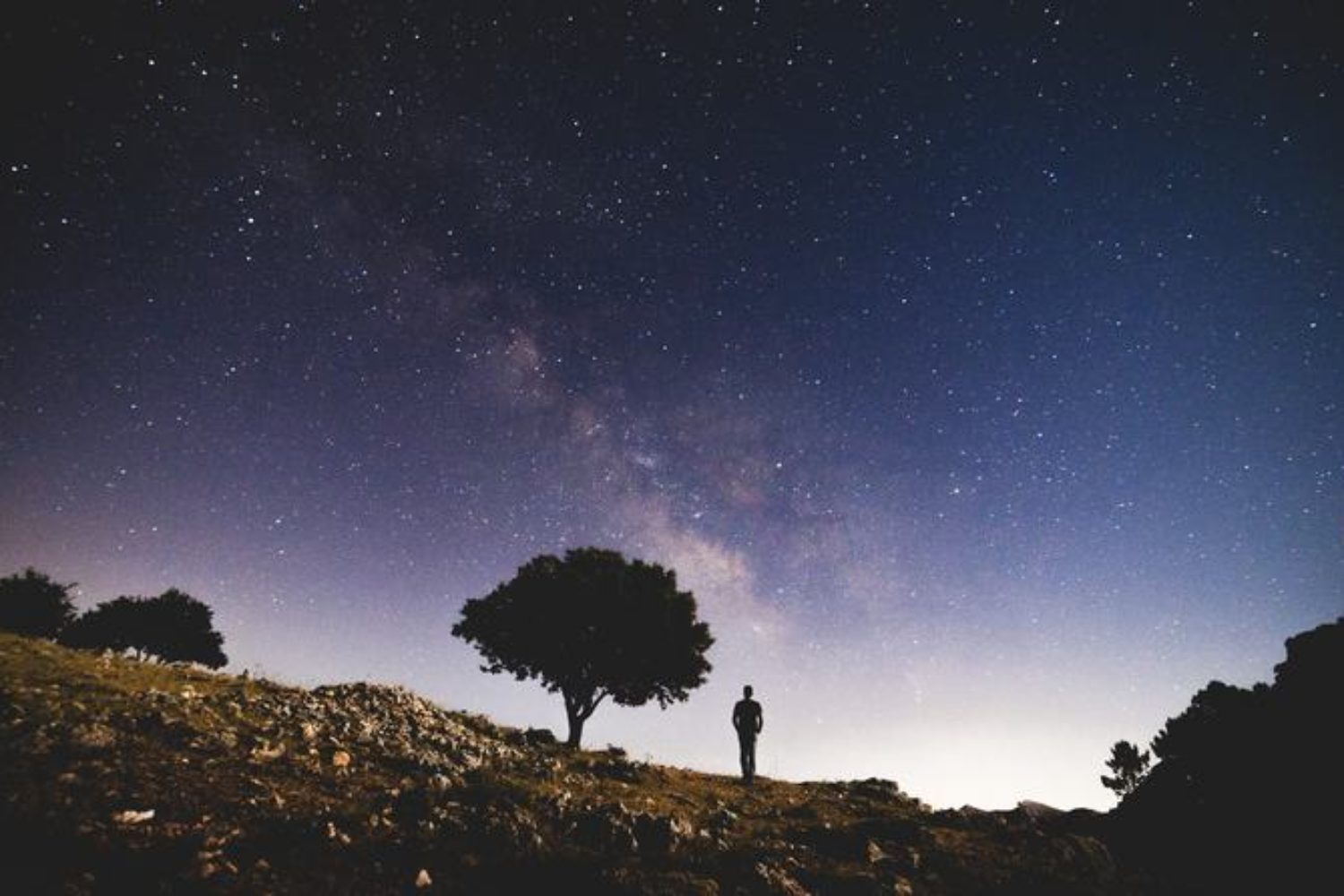 Who is the God Who holds the universe and eternity in His hands? What attitude does He have toward man?

“… Fear not, for I have redeemed you; I have called you by your name; you are Mine. When you pass through the waters, I will be with you; and through the rivers, they shall not overflow you. When you walk through the fire, you shall not be burned, nor shall the flame scorch you. For I am the Lord your God, the Holy One of Israel, your Savior…” (Is. 43:1-3).

“Behold, I give you the authority to trample on serpents and scorpions, and over all the power of the enemy, and nothing shall by any means hurt you. Nevertheless do not rejoice in this, that the spirits are subject to you, but rather rejoice because your names are written in heaven” (Lk. 10:19-20).

“No weapon formed against you shall prosper, and every tongue which rises against you in judgment you shall condemn. This is the heritage of the servants of the Lord, and their righteousness is from Me, says the Lord” (Is. 54:17).

“For God so loved the world that He gave His only begotten Son, that whoever believes in Him should not perish but have everlasting life” (Jn. 3:16).

“But the Helper, the Holy Spirit, whom the Father will send in My name, He will teach you all things, and bring to your remembrance all things that I said to you” (Jn. 14:26).

All these words have come out of His mouth, and even more, He says, “Heaven and earth will pass away, but My words will by no means pass away” (Mt. 24:35).

A person who has constant relationship with the Lord, brings fire from heaven and burns a sacrifice that is fully wet. “And he put the wood in order, cut the bull in pieces, and laid it on the wood, and said, ‘Fill four waterpots with water, and pour it on the burnt sacrifice and on the wood.’ Then he said, ‘Do it a second time,’ and they did it a second time… and they did it a third time. So the water ran all around the altar; and he also filled the trench with water. And it came to pass, at the time of the offering of the evening sacrifice, that Elijah the prophet came near and said, ‘Lord God of Abraham, Isaac, and Israel, let it be known this day that You are God in Israel and I am Your servant, and that I have done all these things at Your word…’ Then the fire of the Lord fell and consumed the burnt sacrifice, and the wood and the stones and the dust, and it licked up the water that was in the trench. Now when all the people saw it, they fell on their faces; and they said, ‘The Lord, He is God! The Lord, He is God!’” (1 Kgs. 18:33-39).

The same person, when forsaking God, starts to believe people’s threats, is overwhelmed with fear and wants to die. “And Ahab told Jezebel all that Elijah had done, also how he had executed all the prophets with the sword. Then Jezebel sent a messenger to Elijah, saying, ‘So let the gods do to me, and more also, if I do not make your life as the life of one of them by tomorrow about this time.’ And when he saw that, he arose and ran for his life… went a day’s journey into the wilderness, and came and sat down under a broom tree. And he prayed that he might die, and said, ‘It is enough! Now, Lord, take my life’” (1 Kgs. 19:1-4).

A person who trusts God and keeps His Word makes the impossible possible and is even able to make the sun stand still. “Then Joshua spoke… and he said in the sight of Israel: ‘Sun, stand still over Gibeon; and Moon, in the Valley of Aijalon.’ So the sun stood still, and the moon stopped, till the people had revenge upon their enemies… So the sun stood still in the midst of heaven, and did not hasten to go down for about a whole day. And there has been no day like that, before it or after it, that the Lord heeded the voice of a man; for the Lord fought for Israel” (Jos. 10:12-14).

The same person is defeated because of sin. “Now Joshua sent men from Jericho to Ai… but they fled before the men of Ai. And the men of Ai struck down about thirty-six men, for they chased them… Then Joshua tore his clothes, and fell to the earth on his face before the ark of the Lord until evening, he and the elders of Israel; and they put dust on their heads… So the Lord said to Joshua: ‘Get up! Why do you lie thus on your face? Israel has sinned…’” (Jos. 7:2-11).

Lives of Jewish men Shadrach, Meshach and Abednego were on the verge of a cruel death. They were young and full of life, and they already had honorable positions in Babylon; however, the order of Nebuchadnezzar the king of Babylon about worshipping the idol he had erected did not make them afraid at all. They stood unshakably before the king and announced, “Our God whom we serve is able to deliver us from the burning fiery furnace, and He will deliver us from your hand, O king. But if not, let it be known to you, O king, that we do not serve your gods, nor will we worship the gold image which you have set up” (Dan. 3:17-18).

The faithfulness these three young people had toward God allowed the Gentiles to see the faithfulness and almighty power of the One True God. After the three of them were thrown into the furnace of fire heated seven times more than usual, Nebuchadnezzar saw four men there.

“‘Did we not cast three men bound into the midst of the fire? I see four men loose, walking in the midst of the fire; and they are not hurt, and the form of the fourth is like the Son of God.’ Then Nebuchadnezzar went near the mouth of the burning fiery furnace and spoke, saying, ‘Shadrach, Meshach, and Abednego, servants of the Most High God, come out…’ … And the satraps, administrators, governors, and the king’s counselors gathered together, and they saw these men on whose bodies the fire had no power; the hair of their head was not singed nor were their garments affected, and the smell of fire was not on them. Nebuchadnezzar spoke, saying, ‘Blessed be the God of Shadrach, Meshach, and Abednego, who sent His Angel and delivered His servants who trusted in Him, and they have frustrated the king’s word, and yielded their bodies, that they should not serve nor worship any god except their own God! Therefore I make a decree that any people, nation, or language which speaks anything amiss against the God of Shadrach, Meshach, and Abednego shall be cut in pieces, and their houses shall be made an ash heap; because there is no other God who can deliver like this.’ Then the king promoted Shadrach, Meshach, and Abednego in the province of Babylon” (Dan. 3:24-30).

According to the Bible and observing man’s earthly life, one can endlessly answer the question, “Who is God and who is man?” In order to be delivered from dangers, to come out of trials, to have victory and to keep it, we must always think about God and not be afraid to get deeper into His divine realities, regardless of our circumstances.