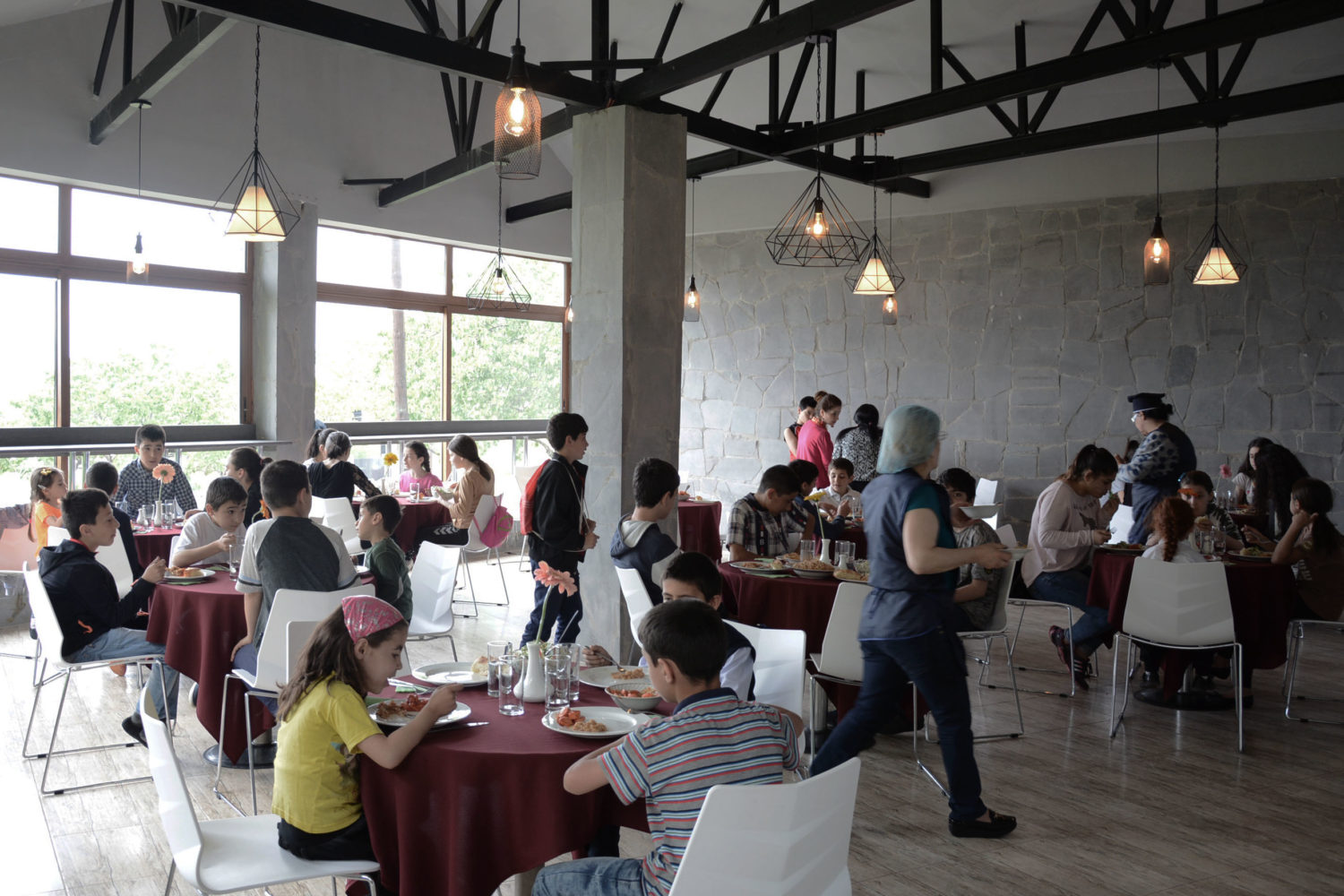 Have you ever thought about the heart and faith of Abraham, when he prayed for the wife and female servants of Abimelech, asking the Lord to heal them, and give them children? Before that, Abimelech wanted to marry Sarah, Abraham’s wife, and God punished him, depriving his household of the ability to have children. “So Abraham prayed to God; and God healed Abimelech, his wife, and his female servants. Then they bore children” (Gen. 20:17).

At that time, Abraham had no children and was ninety-nine years old. “Now Abraham and Sarah were old, well advanced in age; and Sarah had passed the age of childbearing” (Gen. 18:11). They did not have children, but had a promise, that not only they would have a child, but also a multitude of descendants that would be impossible to count. “Then He brought him outside and said, ‘Look now toward heaven, and count the stars if you are able to number them.’ And He said to him, ‘So shall your descendants be.’” (Gen. 15:5).

Abraham believed in God Who gave him the promise. That is why he prayed for the household of Abimelech, and they received healing. Later, he had his own “son of promise”, Isaak. “And the Lord visited Sarah as He had said, and the Lord did for Sarah as He had spoken. For Sarah conceived and bore Abraham a son in his old age, at the set time of which God had spoken to him” (Gen. 21:1-2).

All people have faith, just as they have eyes, a nose, a mouth, or muscles; however, we need to develop the faith we have received from God the way people develop their muscles. The muscles are developed due to regular workouts. Faith is also developed due to consistent efforts. We must always read the Bible and be doers of it. By doing the Word, a person shows their faith in it. And when a person is consistent in doing the word, faith is developed in their lives. Faith has a fruit – the fulfillment of the promise.

“Faith comes by hearing, and hearing by the word of God” (Rom. 10:17). A person shall receive a special word for every situation. This word will “mix up” with the situation that seems impossible and will give the promised result. Abraham received a word from God that he would have a son, and that his descendants would be as many as the stars in the sky. He considered the One Who promised to be faithful, and received “the son of the promise”.

From the situation that seems impossible, to the solution, that is, the fulfillment of the word from God, there is a journey that we need to take by the leading of the Holy Spirit. Every person who trusts God, exercises patience and does the will of God in his or her current situation will receive the promise. “Therefore do not cast away your confidence, which has great reward. For you have need of endurance, so that after you have done the will of God, you may receive the promise” (Heb. 10:35-36).

A person must take efforts to keep the hope alive, and to have a sound mind, with faith and endurance. “And we desire that each one of you show the same diligence to the full assurance of hope until the end, that you do not become sluggish, but imitate those who through faith and patience inherit the promises” (Heb. 6:11-12).

A Testimony From My Life

On May 2017, in a supernatural way that was peculiar to Him, the Lord gave to “Go and See…” Social Ministry a building that has 16 rooms, a hall for dancing, theatrical performances and seminars, a kitchen and dining room, and a warehouse. (I will testify about it in another post, and will tell about that building and how the Lord has given it to the Social Ministry.) If you follow my posts, you know that the construction of the roof of the kitchen and dining room took place in a supernatural way (I wrote about it in the post titled “Evil can turn into good, if…”). Now I want to testify how the Lord miraculously provided funding for the indoor renovation of the kitchen and dining room, for which we needed $2.000.

In August this year, my Assistant and I were returning from Georgia. The Pastor of the Word of Life Church in the town of Stepanavan was driving us to Armenia. On the way, we were talking about different things, but then I asked him how much money was necessary to build the staircase from the first floor to the third floor of the Church building in Stepanavan. The construction of the staircase was necessary, because the Social Ministry was located on the third floor of the building. And around 45 socially deprived children were going to attend that place three times a week to receive nourishment there, and also prepare their school lessons and, with the help of our Multidisciplinary Professional Team, to develop their areas of interest and talents.

The Pastor said that the handrails had already been ordered in a smithy, and they needed 80.000 Armenian drams (around $170) for the stones. At that time, I had 85.000 drams, which I intended to invest in the renovation of the kitchen and dining room of “Go and See…” Social Ministry building in Yerevan. However, I thought that it would be better to give that money to the Church in Stepanavan. And I did it. I was sure that the Lord would bless me, and the $2.000 we needed for the renovation would certainly come from somewhere.

I remembered that when the Lord had given that huge building, which needed complete renovation, to “Go and See…” Social Ministry in Yerevan, He had also given me a promise, “The Lord is my shepherd; I shall not want” (Ps. 23:1). Unto this day, the renovation work has been funded supernaturally, and 80% of the building has already been renovated. And so, when we crossed the Georgia-Armenia border, the Pastor called to their office and asked to order the stones for the stairs, because now he had the money for it.

The next day, I went to work. One of our priorities was the renovation of the kitchen and dining room. The Accountant informed me that the bank account of the Social Ministry was empty. I was not afraid, because I knew the One Who promised, and I knew that He is faithful, and He does not lie. “It is impossible for God to lie” (Heb. 6:18). I asked the Head of the construction to start the work as soon as possible, because in twenty-one days, we were to feed children there. I told him that we had no money, but before they prepared the walls for painting, the Lord would show His love and faithfulness.

God has an appointed time for everything. “For Sarah conceived and bore Abraham a son in his old age, at the set time of which God had spoken to him” (Gen. 21:2). They did not even finish scraping the old painting off the walls, when a friend of mine sent an email to me. She wrote that the Holy Spirit led her to make a financial offering for the renovation of “Go and See…” Social Ministry building in Yerevan. I was so happy. However, when I received the second email from her, I was a little worried. She wrote that she still needed to pray to receive a specific leading from the Holy Spirit about the room of the building she was going to finance. I had a strong desire to write to her that there was no need to pray, because I knew how we would use the money. I wanted to inform her that our priority was the renovation of the kitchen and dining room, because in twenty-one days, we needed to feed orphaned children there. However, praise the Lord, I exercised patience; I trusted God and wrote to my friend to do as she thought was right. The next day my godly friend wrote to me that the Lord led her to give for the renovation of the kitchen and dining room, and instead of $2.000, she sent $2.500.

Our God is not only faithful, but also generous. The most important thing for us is to keep His Word, “that you do not become sluggish, but imitate those who through faith and patience inherit the promises” (Heb. 6:12).