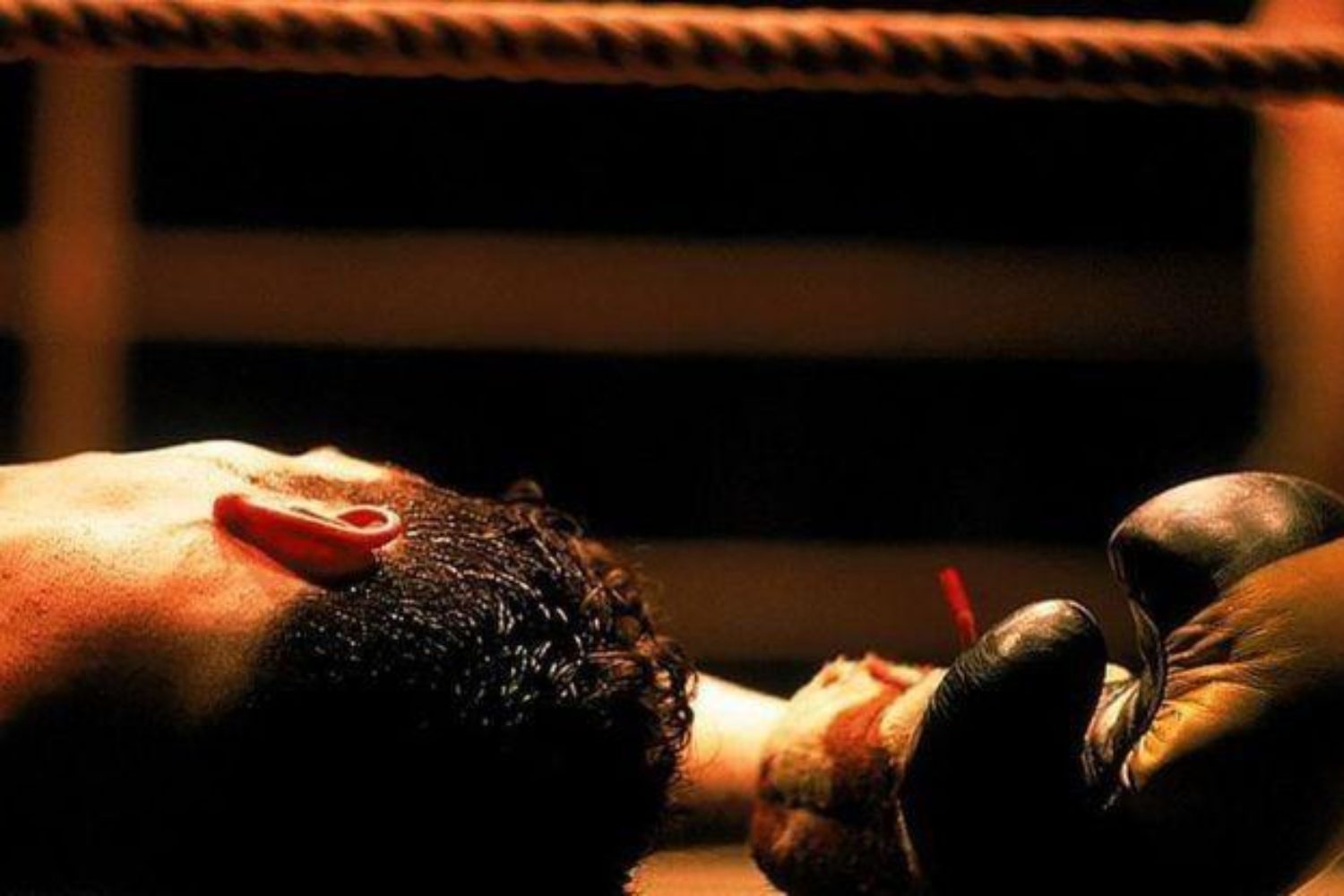 Every day I read “Sparkling Gems from the Greek” Devotional by Rick Renner. This book attracted me because it is composed of 365 chapters, one for each day in a year, and each chapter describes a word from

the New Testament based on the original Greek text. An excellent scholar of Greek, the Author provides in-depth explanation of the Word of God. Today I want to direct your attention to a word, which describes the devil. If people ever understood the true nature of the devil and the infinite hatred he has toward mankind, they would treat their everyday lives differently. No wonder it is written, “Be sober, be vigilant; because your adversary the devil walks about like a roaring lion, seeking whom he may devour” (1 Pt. 5:8). Adversary means a bloodthirsty, merciless or cruel person.

Paul the Apostle wrote to the Church in Ephesus, “…we do not wrestle against flesh and blood…” (Eph. 6:12). The word “wrestle” in Greek is “palē”, which can also be translated as battle or hand-to-hand fight. From the word “palē” came Palaestra, which was a huge hall, where the strongest and boldest fighters were training to participate in terrifying fights. Almost each Greek city had a Palaestra. The fights were held in three main sports: boxing, ultimate fighting and a sport called pankration. In the first century, when Paul was writing these words, these sports were far crueler than today. To understand the words of the Apostle, I will briefly tell about these sports in Ancient Greece.

Boxing: it was a cruel sport. The opponents were fighting in a helmet, to protect their heads, but they wore gloves covered with sharp pieces of metal. When hitting, the sharp pieces of metal cut the skin of the opponent. The blows could be terribly strong and even fatal. The fight had no timeouts; they fought until the defeat or death of one of them. The works of art of Ancient Greece pictured the fighters, and it is impossible to look at them, because one can see bloody pieces of flesh hanging on a person’s body, or a person without a nose or an ear.

Ultimate fighting: at these fights, no one wanted to leave the arena defeated; the fighting lasted till the death of one fighter. The fight had no rules; any monstrous thing was permitted. It was allowed to choke the opponent, to break the ribs and other body parts, to pluck out the eyes, etc.

Pankration: “pan” in Greek is translated as “all”, and “kratos” is translated as “might”; so it means “with all might”. This also was an inhuman, beastly wrestling style. It was allowed to do anything to any body part of the opponent. In one of ancient writings it was said, “If they tell you that your son has died on the arena, believe them; and if they tell you that your son has been defeated and went out alive, do not believe them.” Why? Because pankration was the cruelest sport; everyone on the arena desired the death of their opponent, and they used any means, however cruel, for that purpose.

In the first century, each person hearing the word “wrestle” or “palē” thought about these three types of fighting. It is interesting that Paul the Apostle used this word to explain his idea that both the devil and the demonic powers are led by strong hatred and desire to destroy mankind. By using this word, he also wanted to make a point that spiritual warfare can be unspeakably intense and cruel.

Thus, based on the original Greek, we can say, “…we do not wrestle or have intense, furious and ceaseless warfare against flesh and blood…” Paul the Apostle continues, “…but against principalities, against powers, against the rulers of the darkness of this age, against spiritual hosts of wickedness in the heavenly places” (Eph. 6:12). Who is this about? Who are the rulers of the darkness or spiritual hosts of wickedness? Again, let us turn to Greek. The Greek word “arches” is translated as principalities, the highest level of government in Ancient Greece. Based on this translation, we can conclude that the realm of the devil is governed by a group of demons that have the highest rank from the most ancient times, probably from the time of Lucifer’s fall. The second rank of government in the realm of the devil is called “exousia” or powers. This also is a high government level, but a higher authority delegates it. The devil allows these demonic spirits of a lower rank to do any act of cruelty. The third ones are the rulers of the darkness of this age, from Greek “kosmokrateros” (“kosmos” means “in order”, and “kratos” means unbridled power). The word “kosmokrateros” can be translated as fierce unbridled power that is disciplined and organized to accomplish a purpose. This word depicts a military camp used for training young soldiers for a strong army. They are trained physically under strict discipline. The result is a strong and disciplined army. Why did Paul use this word to describe the rulers of the darkness of this age? The reason is, the devil has resolved to cause the greatest pain and bitterness possible to mankind, and he has created and is running this army for that very purpose. The devil gives different orders and sends these demons to carry out them. In the same way soldiers are taught to kill their foes, the devil teaches his armies to destroy people. The devil gives commands to yet another rank of demons called hosts of wickedness in the heavenly places, “poneros” in Greek, which means “bad, mean, vicious, unclean and abominable powers.” So the goal of the devil is to make people mean, unclean and abominable.

The devil focuses all his spiritual powers against mankind; however, the Holy Spirit, Who dwells in the heart of a believer, is more powerful than all those powers together. “You are of God, little children, and have overcome them, because He who is in you is greater than he who is in the world” (1 Jn. 4:4).

However, do people really perceive and act in accordance to this? Unfortunately, many do not have in-depth understanding that this bloodthirsty enemy, the devil, makes schemes against each person day and night, unceasingly. The majority of people do not realize that they are on the arena, because they are in slumber. Haven’t the spirit of slumber covered great multitudes, who sit in front of their TV sets and are consuming senseless, and sometimes dangerous programs that display lies, strife, enmity or adultery? The same is true about those who sit before a computer or with their phones, listing internet pages that dull their spiritual senses and destroy their creativity.

As time passes, serious problems arise in their marriage, parenting, finances, health and other areas of life, and they are unable to resist them. Their life of slumber turns into an arena, the fight of life and death, and they have no strength to overcome. The same problems arise in the lives of those who “serve” the Lord day and night. They serve God so much, that they do not even have time to read the Bible or pray to ask His will, in order to solve a problem. They forget that Jesus did nothing of Himself, “The Son can do nothing of Himself, but what He sees the Father do; for whatever He does, the Son also does in like manner” (Jn. 5:19).

The plans of the devil against mankind are cruel, and he has huge experience of leading people astray, even the godly ones. The Bible tells us how those who once were strong in God strayed from His ways. Unfortunately, even today there are many formerly renowned people, who strayed from the biblical path. This happens when a person willingly or unwillingly gives their mind or understanding into the devil’s hands, strays from the biblical commandments, is not led by the voice of the Holy Spirit and takes lightly the wiles of the devil. Demas has not loved this present world in one day. This love grew in him day after day, and then it grew so strong that it was able to separate him from Paul the Apostle, from the Church, and from God. “…Demas has forsaken me, having loved this present world, and has departed for Thessalonica” (2 Tim. 4:10). Samson did not experience shameful defeat and mockery in one day. He had glorious days, but how did he live them? He had a calling from God, but instead of doing it, he submitted himself to the voice of his flesh. He did not understand that in the spiritual world, satan focused all his powers on him and choked him in the desires of the flesh in order to mock him and kill him later. “Then the Philistines took him and put out his eyes, and brought him down to Gaza. They bound him with bronze fetters, and he became a grinder… when their hearts were merry… they said, ‘Call for Samson that he may perform for us (or amuse us)’” (Jdg. 16:21, 25).

There is nothing new in this world. As it was thousands of years ago or in the times of the Apostles, the same is now. The only way to be safe is to exercise ourselves toward godliness by the almighty power of the Holy Spirit.

Soon I will present in my blog a material entitled “How to exercise yourself toward godliness” from the same book by Rick Renner.